Jeff Henderson grew up on the tough streets of Central Los Angeles and San Diego. As a child, he went to school so he could get something to eat. By age 19, he was running a drug operation; at 24 he was sentenced to prison.  It was during his incarceration that he discovered a passion for cooking and committed himself to turning his life around. Today, Chef Jeff Henderson is an award-winning chef, motivational speaker, New York Times best-selling author and Food Network television personality. His passion for cooking is equaled by his passionate support of feeding programs and nationwide food banks. With his inspirational message, he captivates audiences across the country with his triumphant story of change and the power of potential. 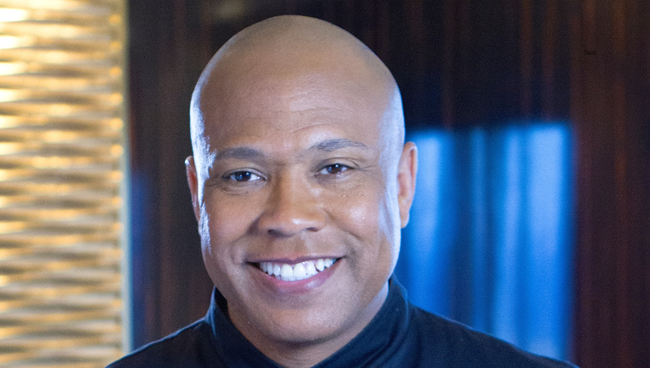